Not many villages are fortunate enough to have their own Local Nature Reserve, but Waterrow, tucked away in a quiet corner of Somerset, can claim that status. Hurstone Nature Reserve covers over 24 acres, mostly of quite dense mixed woodland in a tranquil valley where the River Tone slips contentedly along.

There are also orchards on unimproved and semi-improved grasslands and ancient deciduous hedgerows; all are home to a multitude of flora and fauna including dormice, several bat species and even otter have been spotted here. Among the birdlife are heron, grey wagtail, pied flycatcher and lesser spotted woodpecker; yellow pimpernel and wood speedwell can be spotted in flower in spring and summer, there are interesting ferns, mosses, orchids and liverworts including black spleenwort. 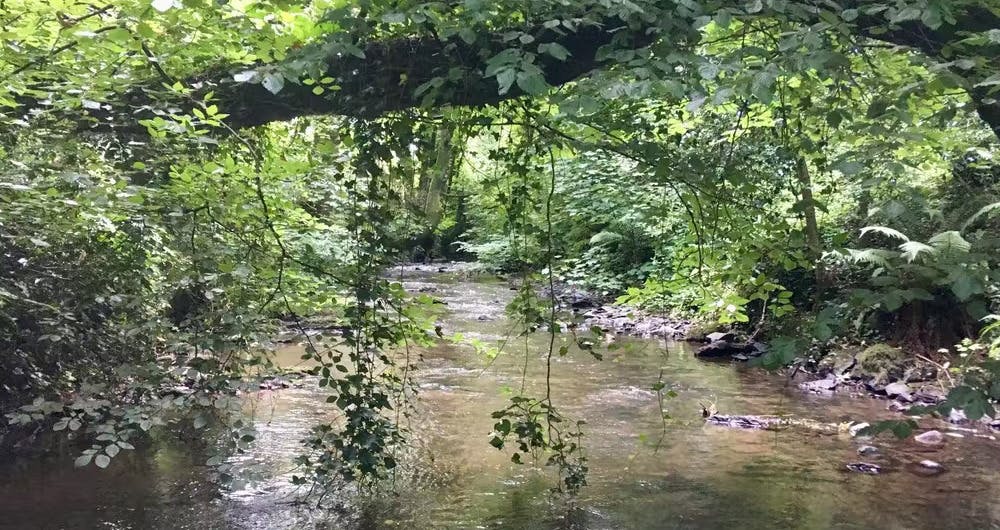 There are boardwalks in the nature reserve and paths that climb up between the soaring pillars of the former viaduct that carried trains across the River Tone on the Devon & Somerset Railway. Built in 1873, the top part of the viaduct was demolished in 1966, another victim of several rural lines that were deemed economically unviable. This part of the woods has an almost eerie quality with the echoes of the past evident in these abandoned railway towers; they rise 101ft among the trees, slowly being claimed by nature, four sentinels no longer on duty standing solemnly in the landscape.

It's well worth exploring Hurstone Nature Reserve and allowing the time to stop and stare, and to take photographs. Take a cheese sandwich with you and stop in some picturesque spot for lunch – the views are incredible, rolling out and on across the hills to Exmoor. It’s best to set out from Hurstone though because there is very limited parking in the gateway to the reserve, and besides, the exercise and fresh air will do you the world of good.

All information correct at the time of writing